End of the 3rd Hanchan, with a small delay due to a scoring issue

No important fact on table for this one, instead 2 Haneman

That been said, a nice move from Apolline Draux (FDO) that though about holding the last chocolate cake portion 10 min before the bell !!

On scoring side, Julien Rateau (TNT) loose his leader status and fall to the 5th place. Quentin Porcherot (FDO) to take the 1st place with a good lead (149500 pts)

We should not forget Yuji Ohori (TNT), progressing step by step, and beeing now able to access to the podium, with 2000 pts from the 3rd 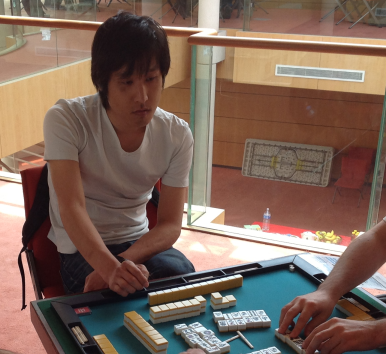 All eyes are now on Quentin Porcherot (FDO), to know if he’ll keep his leader place with not less than 8 TNT players in chase, waiting for a bad move to steal  the top of the podium.

End of the second Hanchan 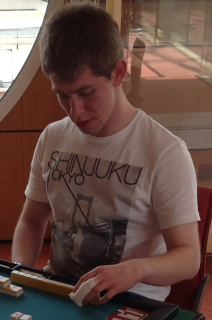 Paul Beaujean (TNT) climbed up to the 3rd place.

The first blood has been poured, because of the many Haneman: 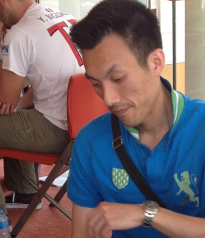 End of the first Hanchan

Not so much hard move, because none of the hands reached more than a Mangan.

At the end of this first turn, Quentin Porcherot (FDO) is leading the tournament with 61200 pts 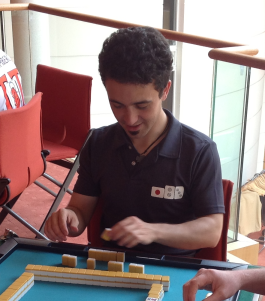 He’s followed by Julien Rateau and Yuji Ohori (both TNT) with around 10.000 less

François Rauzil (TNT), the actual French champion had a bad start with a score of – 10 200 pts. 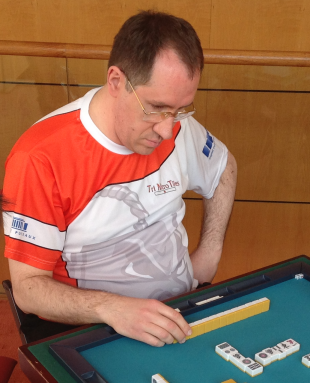 After this firt turn, a 1h break for lunch… 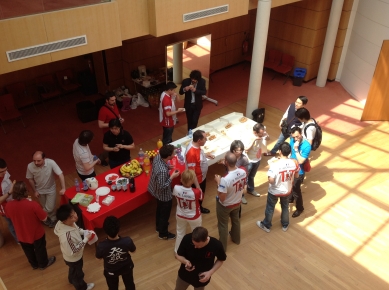 After the last organisation steps, the Second Detonation room is ready for welcoming players. Enough time to have a breakfast, register, and in a few minute will start the first “Gong” (that will over the reign of the French Champion 2012, the TNT Player François Rauzil), and declare the competition started.

A quick look to the prizes for winners.

And this is the moment to ring the gong and declare the Second detonation open… See you after the first Hanchan !