The exceptional event that was the study and coaching session by a professional Japanese player thus took place last weekend. We were a total of twenty-six persons, over both days, some only coming on Saturday, others only on Sunday, but most coming on both days, from seven different clubs amidst which two foreign countries (TNT, of course, but also MMSP, RER, FDO, Tiin Azur, the United Kingdom and Germany).
As scheduled, we started on the first day with answers to questions or problems. However, due to a lack of such questions,it ended with a coaching session, with four people playing a “normal” game though with open tiles, with Mr. Moriyama commenting each move. It’s on such a format that the second day happened, with in the very end “normal” games with closed tiles, though with coaching from Mr. Moriyama.
The whole event was recorded and filmed (we were able to get our hands on two cameras), though I cannot guarantee yet the quality of anything. Everything shall be available for every club that requests it (or posted here, in fact), as soon as some cuts and editing are done.

In the end, the whole TNT team hopes that everyone present enjoyed this experience and considered it was largely worth it (one person told me he learnt more in these two days than in six years of gaming, which pleased me quite a bit) and thanks:

A huge thank to all of you!

As a conclusiong, I can but invite you to answer this post in order to tell your experience of the event, your feelings, your comments, your suggestions, so that if such an event happen again (and we do hope it will!), it can be but better! Once again, thanks to all of you! 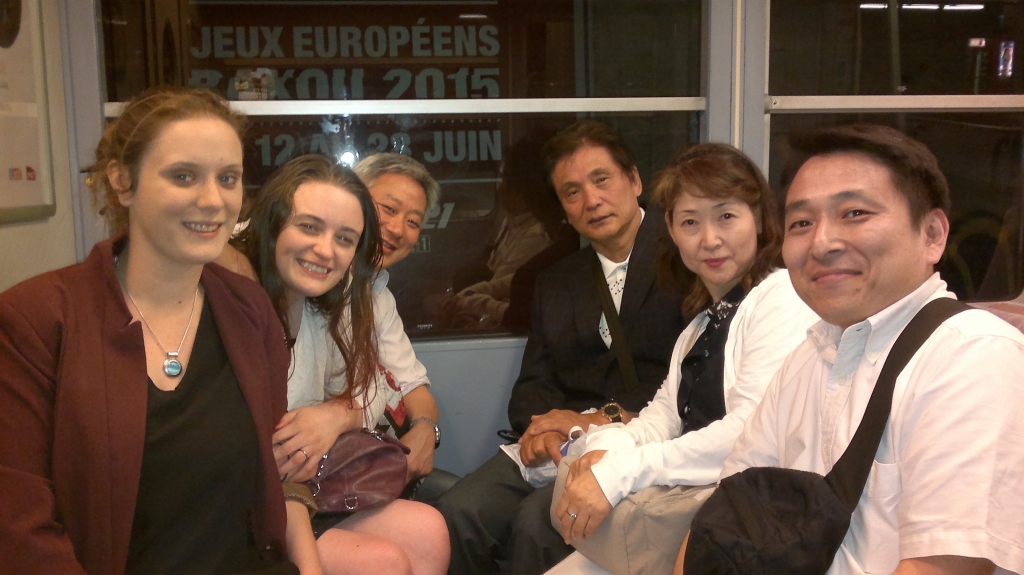 (from left to right: Raphaëlle Fuseau, Gemma Sakamoto and her husband, Mr. Moriyama and his wife, Shinsaku Ikeda)